This is one of those times when I shake my head and wonder what I was thinking in the first place.  The easy way out would have been to go buy a repro fender and put it on the car.  But I've seen too many pictures, including big-name magazines where the body lines don't match and it's very noticeable.  That's the reason I put all the work into an original fender including replacing the headlight bucket and rear support.  However, the patch I put in to fix the rust in the lower rear of the fender didn't look right to me. 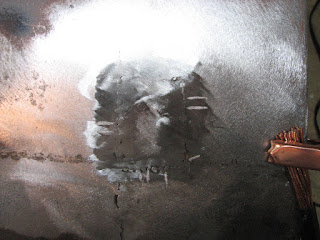 So I did another patch, larger this time.  It was "OK" but not my best work.  I cut out the first patch and had the rough shape of the new patch. 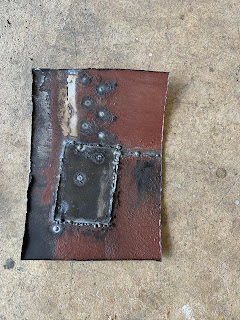 I made the new patch from cutting out the metal of the old deck lid that was rusted out on the edges.  The metal is original thickness and composition which makes it perfect for the patch.  Again, not my best work. 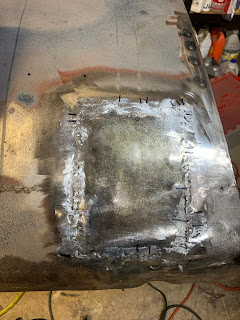 Unfortunately, when I started to look at the fender to do body and filler work, the sins of the patch were revealed. 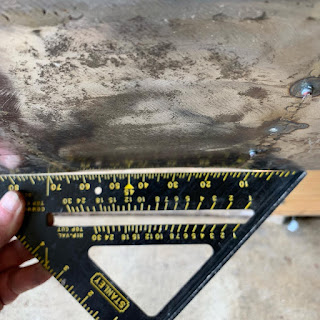 The concave area of the patch would have taken more than an 1/8" of filler which is totally unacceptable in my book.  The problem was I could not get this area to push out, especially with the inner structure blocking half the patch.  My best efforts were not working.  The only fix was to replace it and try to be sure that it didn't "suck in" when being welded in place, a problem with small patches.

So... I cut out patch #2 and proceeded to make patch #3. Again, I used the old trunk lid for the metal.
I didn't want to form a new lip on the rear edge of the fender.  I cut it to leave enough metal to work with. 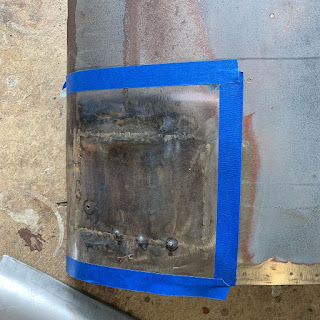 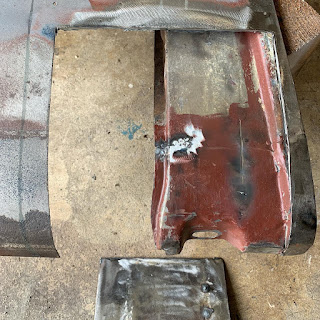 Now it was on to making the new (and hopefully final) patch.  I used cardboard to make a template to fit the opening.  It looked good and I transferred it to the trunk lid.  I cut it out leaving an extra 1/4" for material.  Should work great, right?   Well...  In spite of all the double measuring and leaving what I thought was spare material, it had a bigger than normal gap at the rear seam.  Yes I could have filled it in with weld material, but at the expense of more heat and shrinkage. 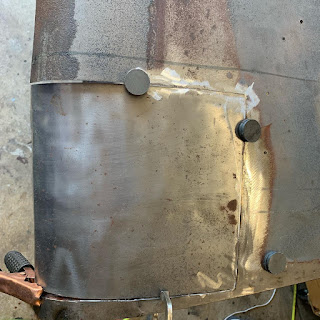 I defaulted back to what I did when I had a gap in the floor pan.  I got metal rod and used it to fill the gap.  A little grinding to make it fit snug worked well.  Then the tedious task of tack welding the whole patch began. 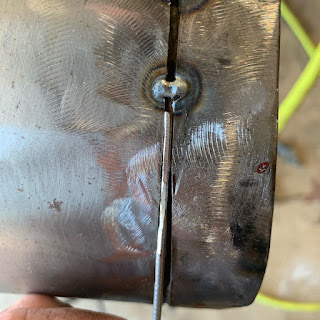 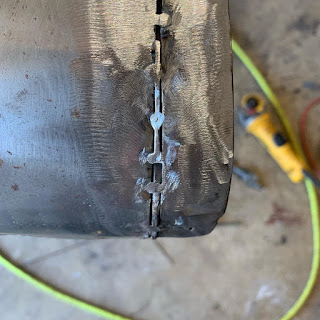 I made sure not to overheat the welds and cooled them with compressed air. 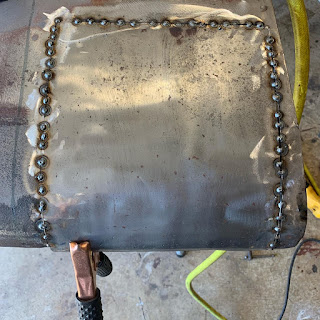 After many, many spot welds, the patch was in.  I did have to trim the bottom to match the contour of the original fender and drill out holes to spot weld it to the inner fender brace. 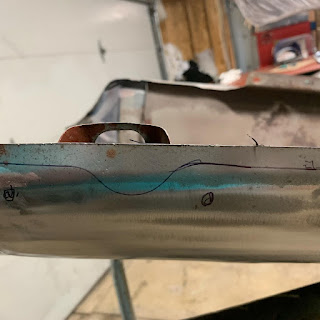 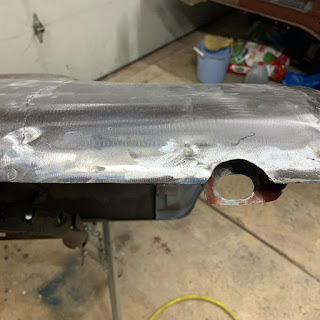 The good news was there was ZERO shrinkage and almost perfect alignment with the surrounding metal. 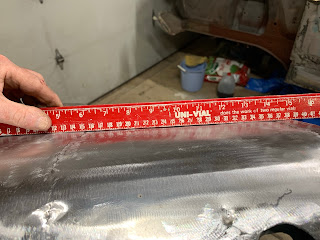 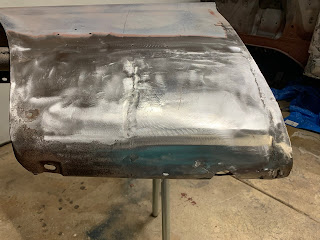 The proof in the pudding would be how it fit on the body.  After a little bit of shimming to fit with the hood, cowl, and door, it was looking fairly good. 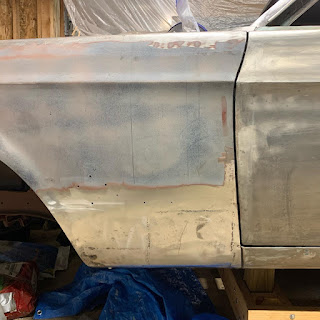 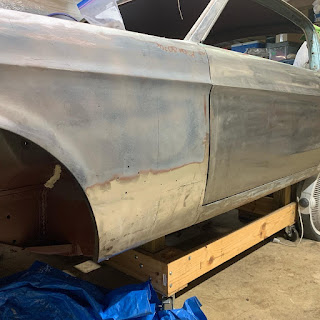 I will have to do a little finishing hammer and dolly work, but nothing like I would have had to do otherwise.
With this project behind me, I do believe this is the end of the serious metalwork that requires welding in patches, etc.  Now it's on to bodywork with finishing hammer and dolly work and the filler application.  I had started some filler work on the fender before I did this project, but I'll catch up on that when I get to that point.
The next step is not what you think it will be.  I'm changing the order of my restoration plan that may be considered "putting the cart before the horse", but it really isn't.   I'll save the suspense for the next post just to keep everyone guessing.
Until the next time...