If you've read my profile, you'll find that one of the things that I've loved beside cars is airplanes.  I got my private pilot's certificate back in 1994 and added an instrument rating in fall of 2000.   In fact, I sold a 1929 Model A basket case to fund that little endeavor.  It was for a good reason.  I was on a short list of 2 pilots to fly for a mission organization out of Edmonton, Alberta.   I would have been stationed in Thompson, Manitoba flying a Piper Saratoga.  That's a 6 passenger 300 horsepower aircraft that was loaded with all the "good stuff" such as color moving map GPS.  It's somewhat of a hot rod in airplane circles which I liked.  Unfortunately, the organization ended up in chaos because of a disagreement between the president and the board of directors.   So that didn't pan out as planned.

In the mean time, I got involved with the Civil Air Patrol and became a mission pilot and squadron chaplain.   It was especially demanding when you got a phone call at 11 PM for a possible downed aircraft and you had to launch the bird in 45 minutes.   Then after getting airborne you fly to the Air Force supplied GPS satellite coordinates which happen to be at an airport.  To make a long story short, the emergency locator beacon accidentally got activated and the airplane was safely in a hanger.  Not fun.   Anyway I did that for a number of years.  But then the demands of the church I serve not to mention it was a 35 minute drive each way to the airport took a lot of time.   So I hung up my headset and decided to pursue anther love...and that how the fastback got in my garage.

With kids spread out, the thought of how to save time and have easy access to get to visit them moved up the priority ladder.  Suddenly,  a 3-1/2 direct airplane flight to west Iowa started to sound pretty good when compared to a 10-1/2 hour drive or 9-1/2 hours door-to-door by flying commercial.   But to do that, I'd have to get my flying credential up to date and up to speed.

That happened today.   So the first step is under my belt (getting my flight review done).  The second step is to get my instrument proficiency check done and to move up to the larger faster aircraft--either a Piper Arrow III or a Cessna 182T.  Then the only weather that can stop me is severe thunderstorms and ice.

I guess like many things in life you don't know what you miss until you experience it again.  Getting back in an aircraft today what like getting together with an old friend.  We got reaquainted and before you knew it, it was like old times. 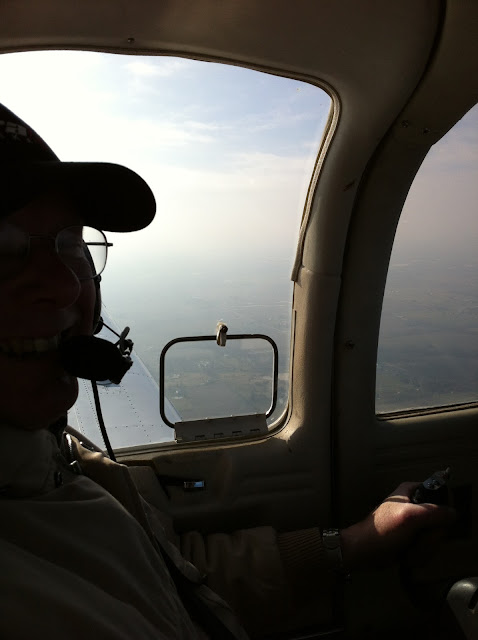 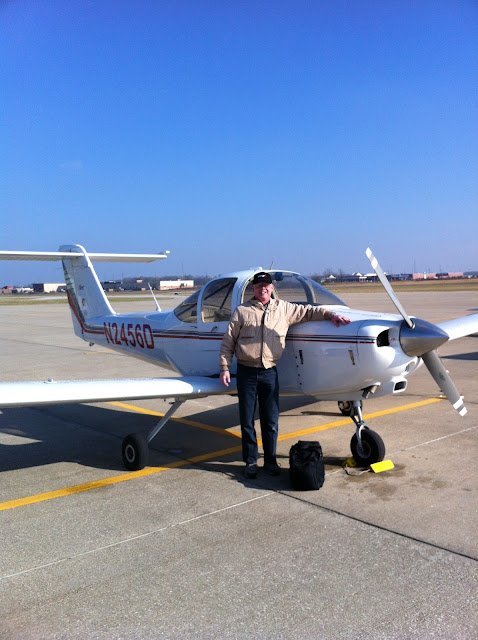 So now I'm legal to punch holes in the sky again.  What does this mean for the fastback?   It means I still work on it and keep the project going.  It's much closer to me than the airport and definitely cheaper per hour to work on.