The last time I worked on the fastback, it was the month of June.  Here it is August...the middle of August and I find myself in a slump.  It's not that I haven't had excuses to not work on it.  Some of them good are...and some of them not so good.  But it is what it is.

July was crazy busy.  I spent 8 days in Michigan at our family cabin "on vacation" taking care of some maintenance items, like building new steps to get down to the level of the patio.  There was dock repair.  But I also managed to squeeze in some fishing that netted some nice bass.

After that was the planning for my mother-in-law's 90th birthday celebration.  My family was coming from all points far away...the Florida Keys, Kentucky, west Iowa, Chicago, and Michigan.  I don't know how many pictures my wife and I scanned from photo albums for a powerpoint preso and converting old home movies to DVD.

In between all that, the airplane schedule opened up and I finished off my high-performance aircraft endorsement along with the coveted requirements for the G-1000 Garmin glass cockpit Cessna 182T.  I did take my son-in-law and brother-in-law up in the 182 T before we had the full complement of people arrive...


The celebration was the first weekend in August.  With 11 adults and 4 children  age 5 and younger at the house, it made life...well...interesting.   So this past week was one of physical and emotional recovery.

Part of the recovery therapy was going over the Lucas Oil Raceway Park (AKA  Indy Raceway Park) for the annual Indianapolis Mustang Club all Ford show.

There were number of cars there that were nice and a couple that were pretty rare.  I was surprised at the lack of non-Shelby Mustang fastbacks.   There was also a lack of 69-70 fastbacks as well.   Since it was an "all Ford" show, it included any vehicle with a Ford driveline in it.   I should have taken a picture of it, but someone shoehorned a 289 into an MGB.   Anyway...here's a sampling of some cars that caught my eye.

This is one of the 2013 Daytona 500 pace cars.  We see these quite frequently in the area for the Indy 500 and the Brickyard 400.   There are usually 70-80 decked out as pace cars and used for race day and for track officials and guests to use. 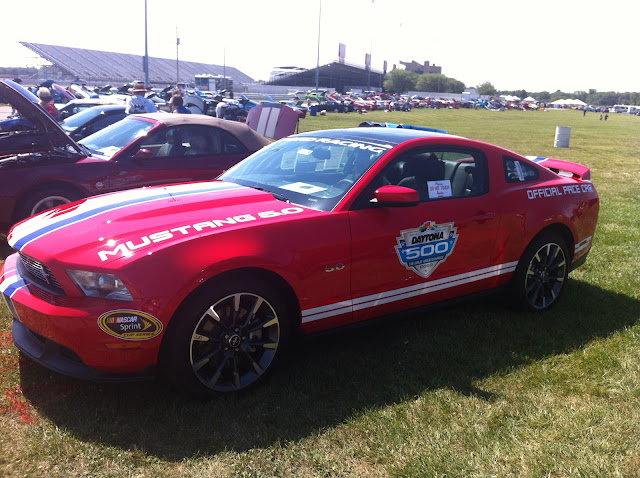 This is a sort-of Bullitt tribute car.  It had the nugget gold interior in it.  It also had frame connectors and aftermarket AC. 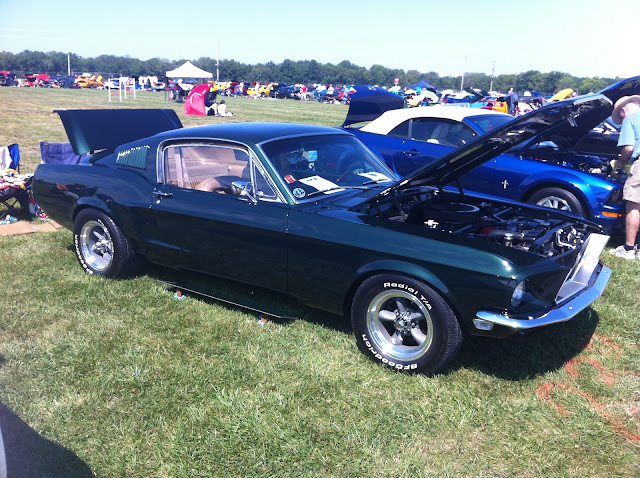 I can't remember the last time I saw a Pantera.  This one was a nice driver.  It wasn't super clean and detailed, but wasn't beat up either.  The interior and exterior I would judge as a 7 or 8.  I forgot how much room the transaxle took up and that the 351 was right behind the driver's seat. 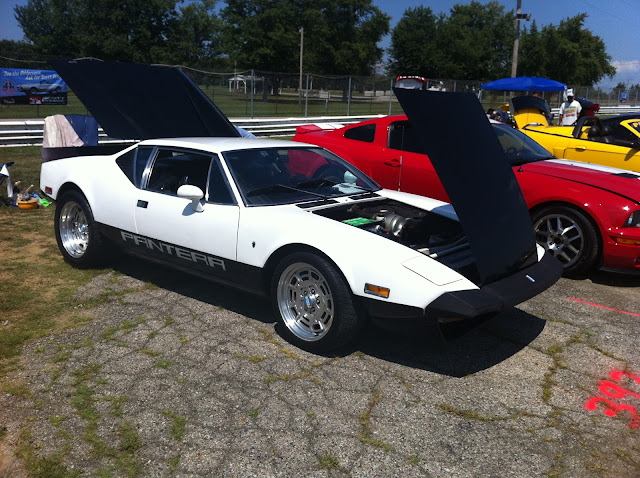 Then there was this pair of GT's.  What else can you say about them?  Expensive and cool....or cool and expensive? 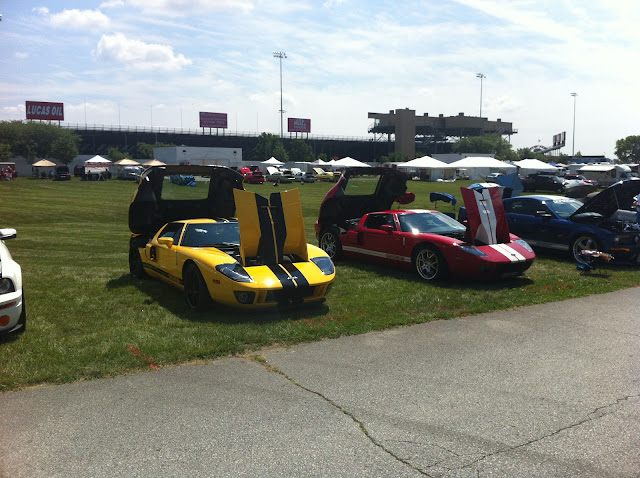 My wife noticed where are the cars were from by their plates.  Ontario, Michigan, Kansas, Massachusetts, Maine, Florida, Georgia, and Texas to name a few.  I also was amazed at the number of trailered cars there.   The only way mine will end up on a trailer is if it breaks.  I'm not building it to coddle in a trailer or under a car cover in the garage.  It will be driven!

So after our little excursion, that got me motivated to get some time carved out and work on the fastback.   This Thursday night has been inked in on the calendar.   I'll check my consumables and make sure I'm good to go.  Hopefully I can put a dent in that rear quarter panel and get it done.  Wait a minute.  I meant take a dent out of the rear quarter.   You know what I mean.  Git - R - Dun!!!