This process of restoring the inside of the body shell to some semblance of originality, or maybe a little better, has been a long, tedious, dirty, tiring, frustrating, and painful (both figuratively and literally) step in this restoration.  But there is a little light at the end of the tunnel on this part of the resurrection of my fastback.

Thanks to the factory welding and sealant manual, not to mention a recent article in Mustang Monthly here, I was able to determine not just where the sealer goes, but what materials to use.  I mentioned those products in my previous post.  What I've posted here was over the course of a few days.  I'll let the pictures tell the story...


So after painstakingly stripping, scuffing, and wiping down the surfaces inside the body, I masked off the areas I didn't want the overspray of Zero Rust to go.  That included the dash which I sprayed with Eastwood rust converter, which turns black on clean metal and will preserve it.  I'll detail the dash later.  I decided after masking the trunk area that I will wait to primer it later as that will need to be prepped more carefully since it will be exposed and sprayed with body color. 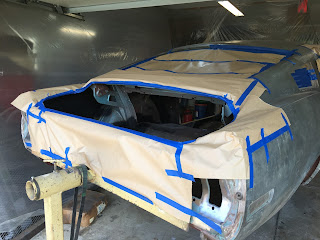 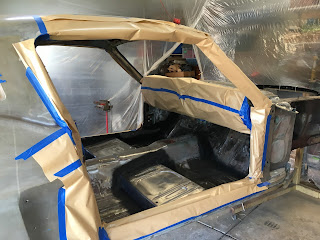 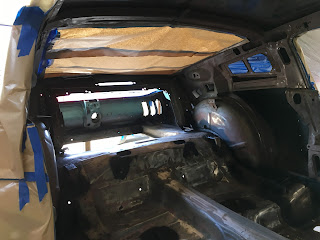 I approached this project as I would the room of a house.  I "cut in" all the seams and hard to reach places, like the cowl vents, by using a brush to guarantee coverage that spraying might miss.

After all the brush work was done, I set up my primer HVLP gun.  I reduced the Zero-Rust 20% to get a good flow.  I was using a 1.8mm tip in my gun.  That gave a fairly nice pattern and coverage.  The rotisserie came in handy especially for getting behind the dash and doing the inside of the roof. 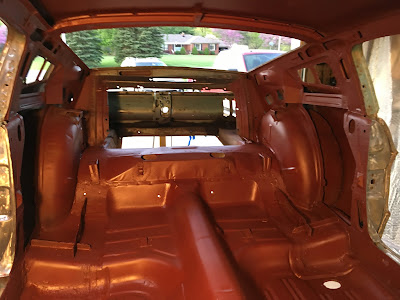 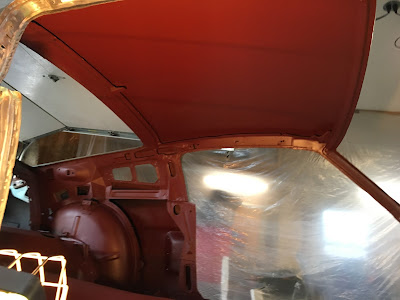 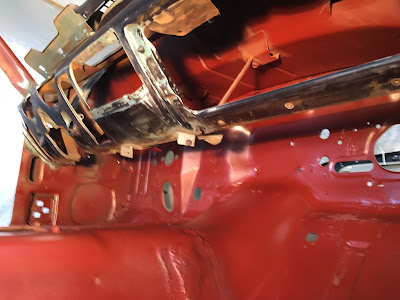 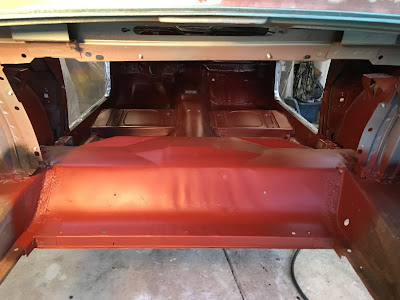 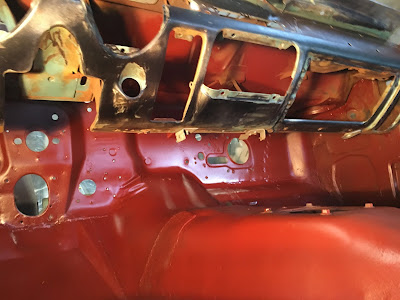 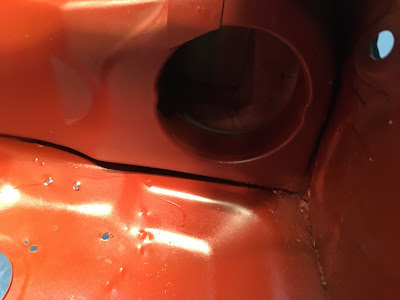 There are a couple of areas, particularly under the dash that are a little light on coverage, but at this point, I'm not worrying about it.  Sort of "out of sight, out of mind".  It's not going to be exposed after everything gets installed in the dash and interior and it's certainly not going to rust anymore.

I would say I ate a few more bites of this elephant.  And it's tasting pretty good!  But there is a lot more to eat.  Hopefully I won't get sick of it by the time the elephant is fully digested.