Preparing to strip...the car that is!

I'm in what I call an "in between" mode on the fastback.  I have just a few parts to remove from the body, such as the front stabilizer bar, remnant of fuel and brake lines, windshield wiper motor and linkage, rear vents,  yada, yada, yada.   Then I can start working on cleaning the bottom of the body....or I could do the floor seam metal work....or I could cut out and replace the upper right toe board...or...whatever.

I did determine it was time to swing by the storage unit and pick up my pressure blaster I bought...way back when...when I thought I would make more progress on the car...and when Harbor Freight gave me a big discount coupon and they marked it down.  I grabbed it for about 40% off.  I haven't seen it as cheap.  So it was a good deal.  That's what I'm saying and  I'm sticking to my story.

Also...way back when...I got a deal on the Eastwood conversion kit to change a pressure blaster to a soda blaster.  There is still "some assembly required" but it is in the garage and ready for said assembly.

The jury is still out obviously on whether this will work well, but I have to be realistic.  This isn't a professional sized unit, but my time is cheaper than the $1,200 the local media blasting company wants to strip the body.

The newest toy added to the arsenal of my tools is a blasting cabinet I just happened to come across on Craigslist the first hour of the listing.   It's a Harbor Freight unit and included a stainless steel cart that appears  to have come from a restaurant or similar business. 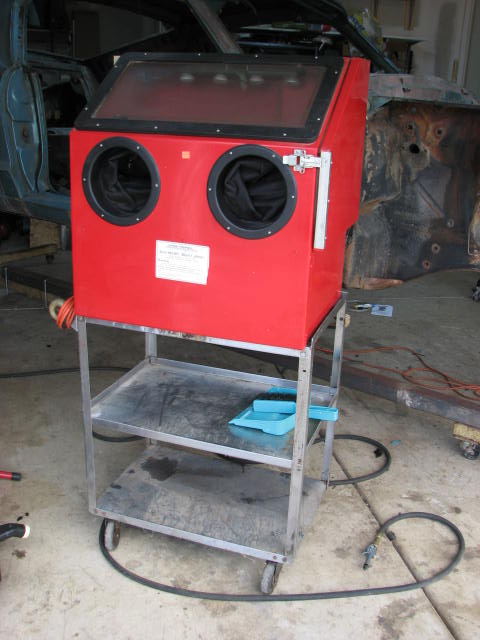 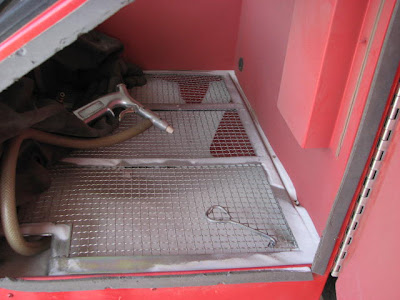 The whole shebang was $70!  I called and texted the owner and cut the deal.  I picked it up on the way home.  The "extra" was that it was already filled with glass bead media.   And the guy had put in extra lights.   And he threw in a large 2x4 foot piece of plexiglass to put a cover over the lights.   That's a deal in my book!

OK.   So you know what happens next, right?    I had to try it out as soon as I got home.  So I grabbed one of the shock tower mount and gave it a shot...or blast.   In 5 minutes, I ended up with a really nice, clean part.   Here's the comparison of "before" and "after." 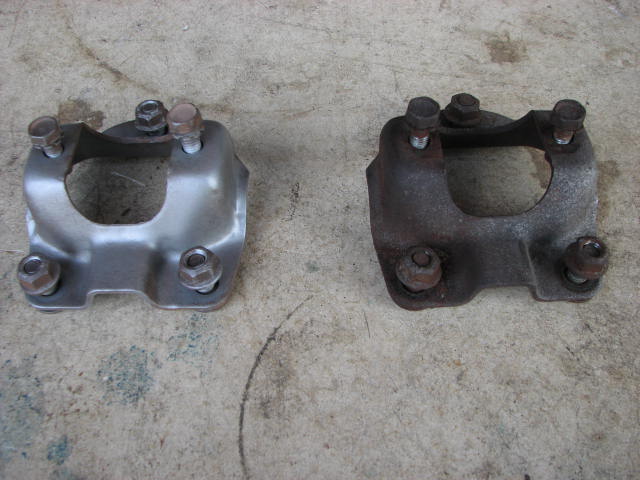 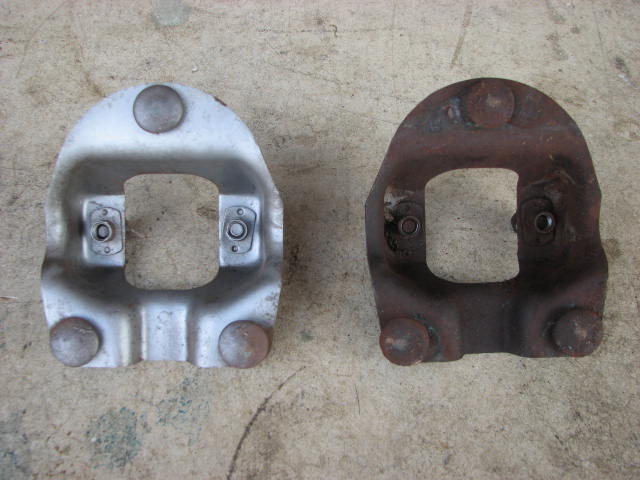 So I would say it was a successful day.  I have high hopes that this little tool will help me immensely in the future restoration of good ol' Eleanor.
Posted by deo1929 at 6:48 PM