A Mystery to Solve--Bottom of the Floorpan Paint

After getting the Mustang on the rotisserie, work on the car has come to a screaming halt.  My 88 year old mother-in-law who lives with us was hospitalized a week ago this past Friday.   She is getting better, but early last week, we were ready to plan for a funeral.  Her recovery will be a long one, especially at her age and finding out her heart function is decreased quite a bit.   It's a reminder we won't live forever in this world, but faith in Jesus will carry us into the next.  So until we get her health situation stabilized and planned, work on the Mustang will be tabled.

However, I have spent some time looking at the car and have definitely determined that the underside of the car was painted black with the same paint as the engine compartment.   Here is some photo documentation of the paint.    The picture below was taken from the rear of the car looking forward  on the driver's side.  It's the front leaf spring perch area.  There is definitely black paint here and on the rear frame rail. 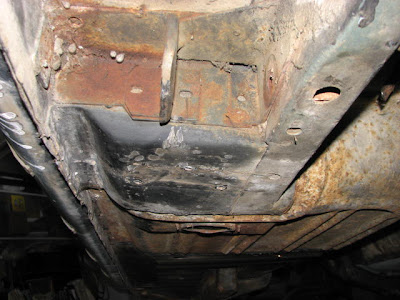 This picture is of the same area but taken along the left rocker panel.  The original turquoise paint is visible along with the black.  But there appears to be a band about 1/2" long where it looks like red oxide primer is visible.  But there's still black painted along the rocker on both sides. 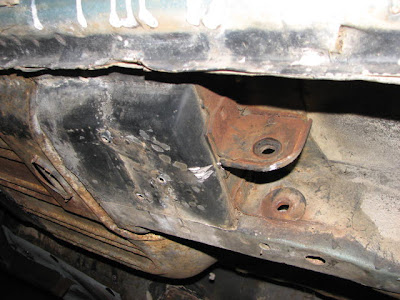 Here is a photo from the right side of the car.   Same deal as the left... 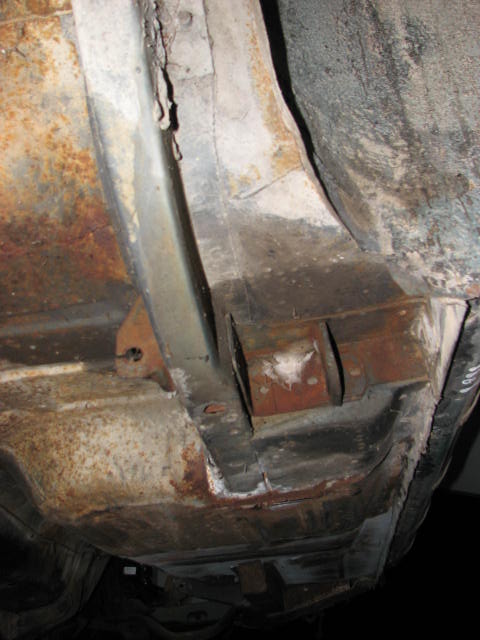 I've emailed Bob Perkins via Mustang Monthly to get his thoughts on this.  I have no idea why this car would have been painted black unless it had something to do with the rare color of Tahoe Turquoise of which only 629 Mustangs out of 317,000 were painted that color.

So I throw this out to the Mustang masses to see if anyone has a clue as to why this is black and not red oxide.  I certainly don't want to mess up the restoration with the incorrect color on the floor pan, even tho' most people probably don't look or don't care what color it is.  But being an x-anal engineer, it matters to me.
Posted by deo1929 at 8:47 AM