I had known for a few weeks that my Labor Day weekend would be "car-less" as far as work on the fastback would go.  My wife committed us to watch our 2 and 4 year old granddaughters so that their mom and dad could get away before #3 arrives in December/January.

This is also a big weekend around here since the US Nationals take place at raceway park.   John Force has a huge open house the first opening day of the nats at his shop in Brownsburg, Indiana.  There's a car show, a tour of his racing shop, and John and all the drivers of John Force Racing are available to sign autographs.

My day was a little full, but I swung by on the way home to see what cars had shown up.  It was a real potpourri of wheels from a 1918 Marmon to a 2013 Boss 302 and everything in between. 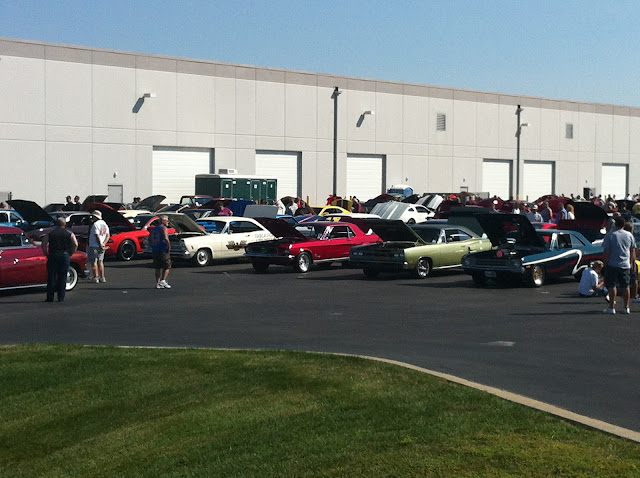 A couple of the cars really hit home with me, especially the two 1966 Ford Fairlane hardtops. 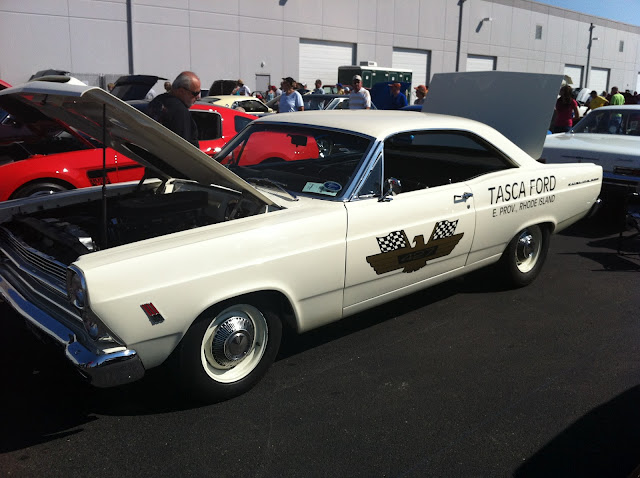 This white one was like mine, the very first car I owned except it had a 427 V8 instead of a 289 like mine and it had a black  interior instead of red.   Still, it was a nice clean car. 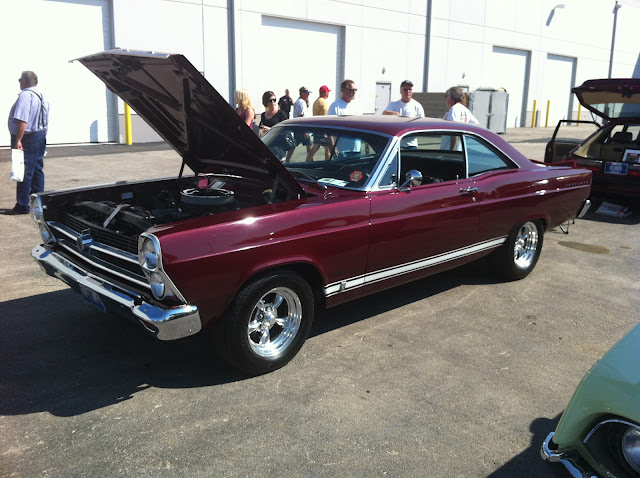 This was a really nice 390 GTA with buckets and a console, power steering and disc brakes.   I passed over all the bowtie stuff.  (After all, I'm to the point you see one 67 to 69 Camaro, you've seen them all.) 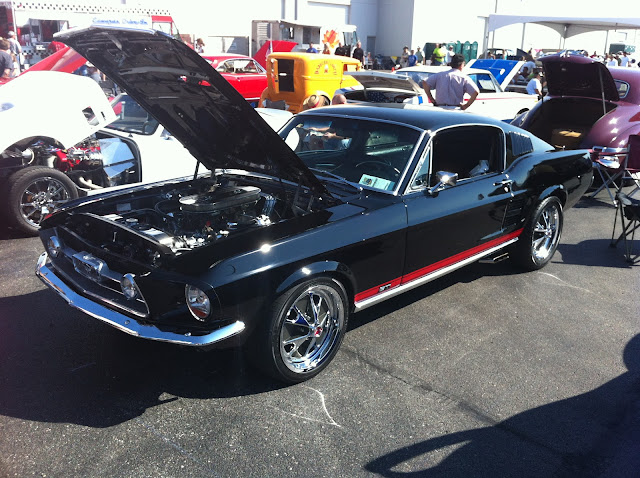 This was a very nice '67 fastback that was done in a mild restorod fashion.  It had and aluminum radiator and side exit exhaust, just to name a few items.   The owner wasn't around, but I would guess that SBF was not a stock 302. 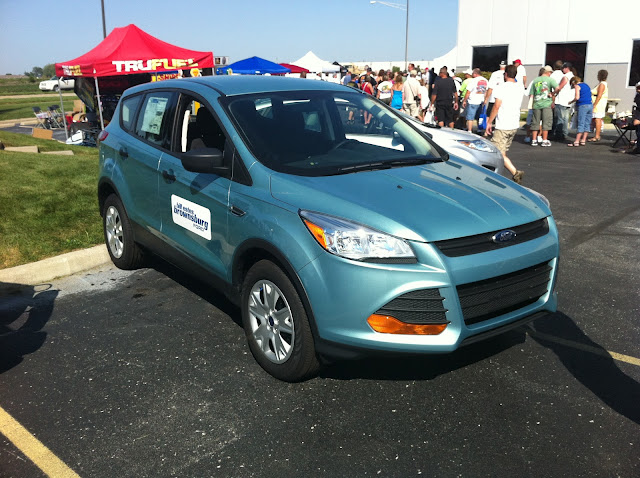 The color is called "Frosted Glass".   Well, if this isn't a redux of "Tahoe Turquoise" I don't know what is.  It is almost spot on for the color of my fastback.   I'll bet that when I'm done, people will think I painted it a 2013 Escape color.   It only took 45 years for the color to become popular again....that is, if it ever was.

So that was the John Force show.   With the remains of Hurricane Isaac closing in and threatening the remainder of the weekend, my wife and I decided to take the kids to th Indianapolis Children's Museum.  There was a special "Hot Wheels" exhibit that was pretty cool.  They had the actual cars that were designed and built from Hot Wheels models.   But the star of the show was "Bumblebee" from the Transformers movies.  They had a rather unique demonstration for everyone there...

The rest of the weekend was filled with movies and lots of play time.   By the time my daughter and son-in-law picked up the kids on Monday afternoon, I was ready for a nap.

For right now, I'm trying to shake off a cold courtesy of our bizarre weather pattern and fatigue.  I'm hoping that this weekend will afford me with some time to get more work done on the floors and then move on to other deserving areas.    Until next time.....
Posted by deo1929 at 2:31 PM