The window of opportunity opened for my Saturday afternoon for me to get back on the floors...again.   It was back to the same-'ol, same 'ol thing of trying to finish up the metalwork from a welding standpoint.

So from my past posts on the floor, you know the drill.  Back light the floor, mark the pinholes, weld up the pinholes, grind the welds down.   Repeat.  Eventually I got them all taken care of, or at least those that were visible.  It's not going to be a structure issue, but an appearance issue.   I remember one foreman on one of the final assembly areas when I worked at Trane Company.  He had a sign hanging behind his desk that read, "There comes a time in every project when you shoot the engineer and get on with production."   That's where I am.  I've done about all I can within reason.  I'm calling the floors done.  Yes, you heard that correctly..... Floors! 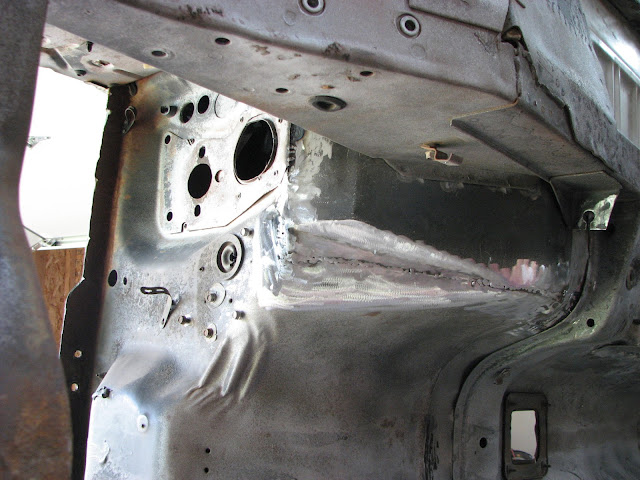 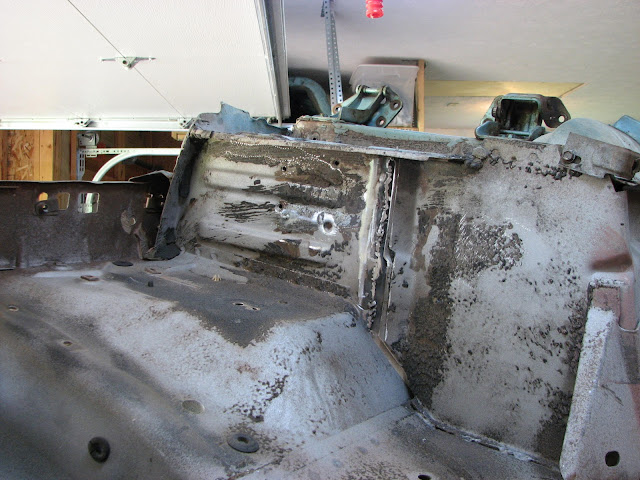 There were a couple of pinholes in the outer toe board area.  This seam was a tough one to get to on the outside, but it's going to be covered eventually with the factory undercoating.  The driver's side was done!

The next step was to work on the passenger side floor and clean up the seam.  This side of the floor was my first major work on the car and I did the 1/2" overlap as recommended by Vail's Classic Cars in Greenfield, Indiana.  They do a number of Mustangs along with some Mopars.   This was before I discovered Dave Scribling in Crawfordsville who was a big proponent of the butt weld joint.  Hindsight being 20/20, I would have done the butt weld on the passenger side.  But I decided I didn't want to redo everything.  So I hammer and dollied the lap of the trans tunnel to the floor pan.  Then came the tedious job of all those spot welds spaced an inch apart.  Then going back and putting one in between those, and on and on and on.... 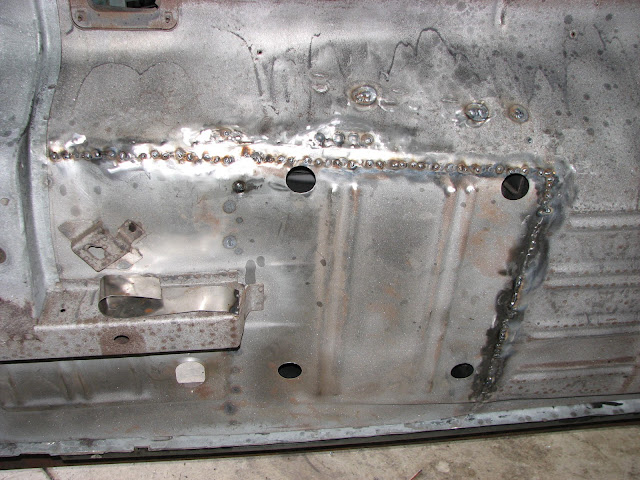 In between passes was the grinding down of the previous spot welds, especially when the space between them was the diameter of the weld.   I also used that piece of sheet metal with the funny bend in it that you see sitting on the frame rail in the picture above to pull the floor into shape.  I tacked it to the low spots and then used my slide hammer to get the contour of the floor back as close to factory as I could.  This was another fallacy of using the overlap method versus the butt weld method. 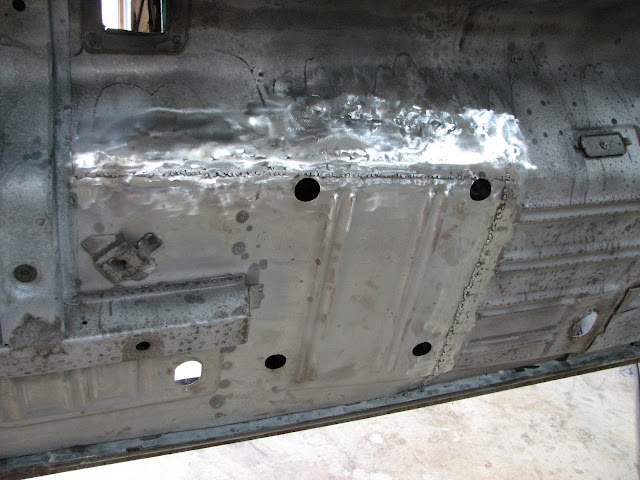 After a half dozen passes of spot welding and fixing pin holes, I called it done for metalworking. 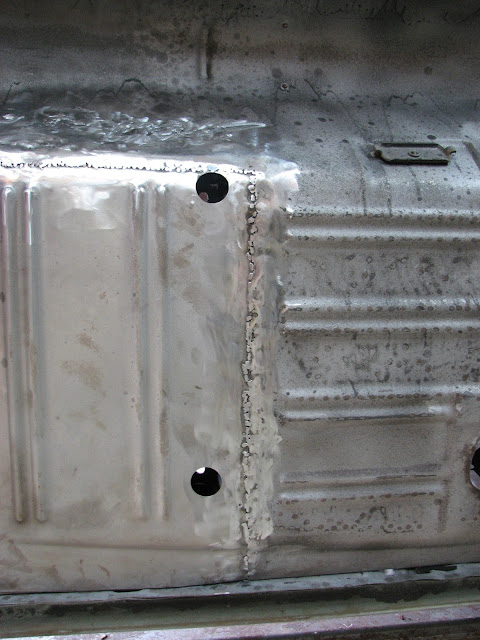 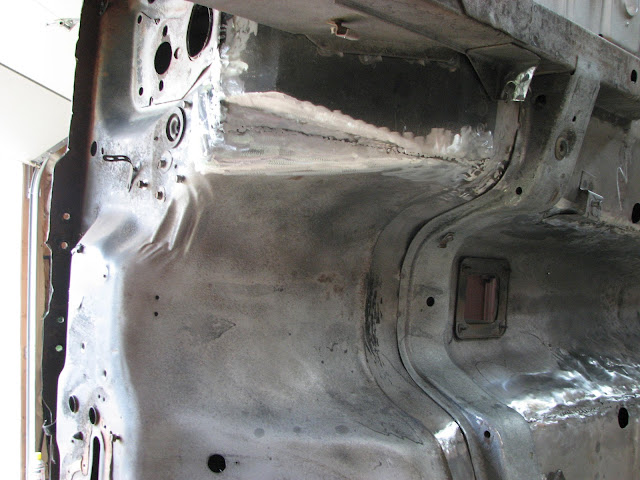 The floors are ready for the repaired joints to get a skim coat of Everlast "Metal-to-Metal" body filler.   I'm going to hold off however until I get that passenger side toe board repair done.  Then I'll do the whole floor and firewall at one time.   I must say, I've spent more time than I ever dreamed of working on a part of the car that will not be visible, especially after everything is installed back in the car, like the drive shaft, exhaust system, etc.   So, it's time to shoot the engineer and get on with production.
Posted by deo1929 at 3:44 PM