It goes without saying that work on the fastback has not been a priority in recent months if not most of 2014.   There has been the health issues with my daughter.   My wife now has the entire responsibility for her school's organization.  And then I've been focusing more time on getting my Commercial pilot license this past year.  That doesn't mean I'll be flying an Embraer E-170 for Republic Airlines (though that would be fun), but I can get paid to fly for such things as being a flight instructor, banner and glider towing, crop dusting (that could be fun too), and such things like that.  It also will allow me to fly in Canada with a visitor's pilot license.

Yes, you read that correctly: Canada.

You may not have caught it in my June blog, but I had traveled up to Edmonton, Alberta on invitation to chat with an organization called "Lutheran Association of Missionaries and Pilots" or A.K.A.  "LAMP."   This group that has been in existence for over 40 years is dedicated to spreading the Gospel of Jesus to the First Nation people of northern Canada.  They are mostly Cree, Ojibwe, and Ottawa, and Dakota tribes.  LAMP's biggest outreach is doing Vacation Bible Schools in 46 villages using 600 volunteer VBS teams reaching over 6,000 children.  The bulk of this work takes place during the summer in June through August.

While in Canada in June, we flew over to LaRonge, Saskatchewan to visit a village and a VBS in progress so I could get a taste of the work they do.   I immediately found out that flying is very different in that part of the world.  There is no radar coverage.  All aircraft self-report at checkpoints not only for collision avoidance, which is highly unlikely, but more for search and rescue.  Nice.  There is very little civilization as the pictures below show.  Lot's of forest and just as much water... 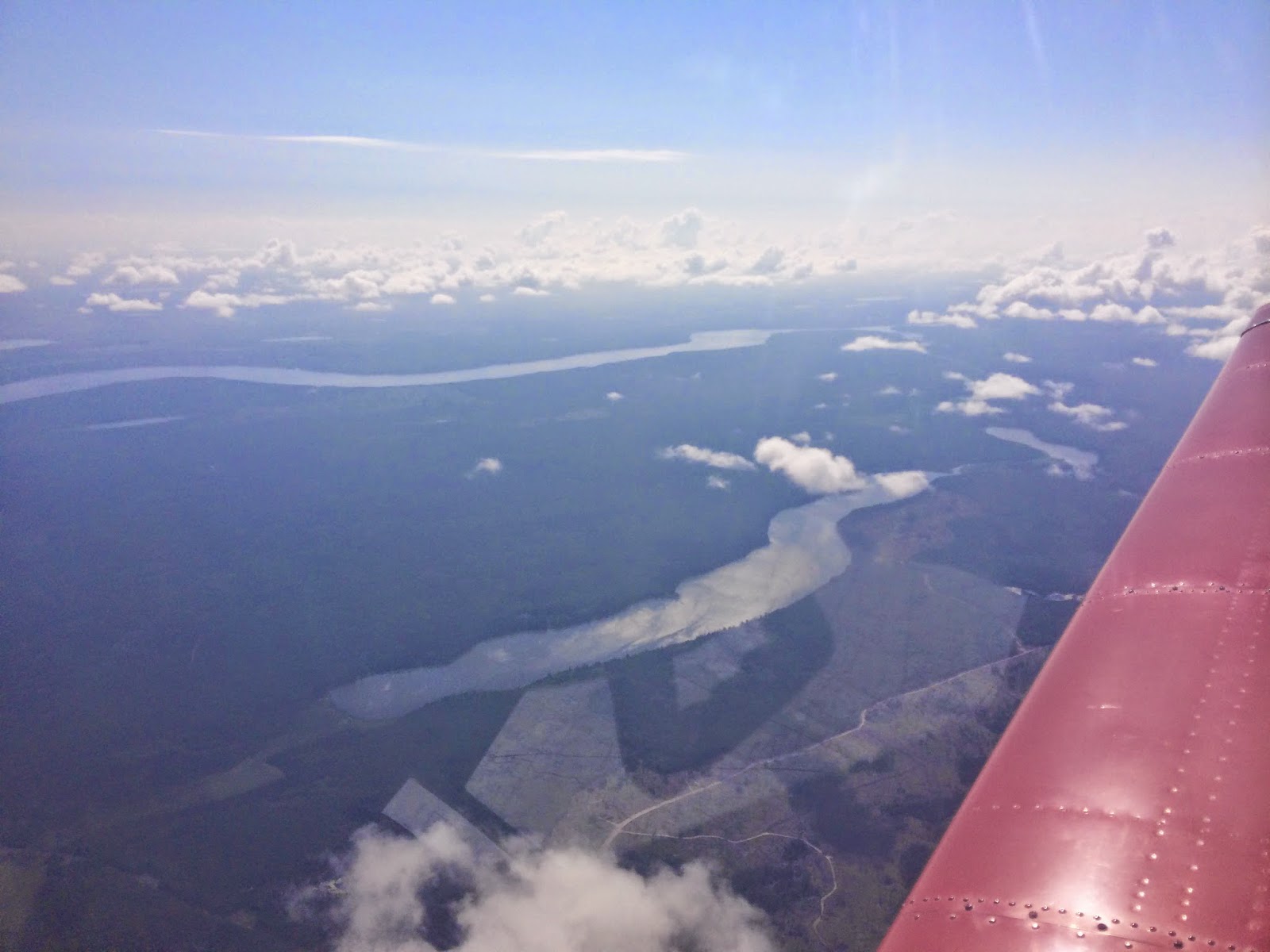 There are surprisingly quite a number of airports for general aviation use.  Not all have fuel available, but LaRonge was well equipped with fuel, a maintenance facility, and a small terminal for the small regional airlines that serve the north.

After a 2 hour flight from Edmonton, we landed at LaRonge and drove up to a village about 20 minutes north.  A team from a Wisconsin church was there on the second day of a five day VBS.  The kids were engaged and enjoyed the puppet plays, craft, play time, and making crafts.  The kids look forward to this week every year. 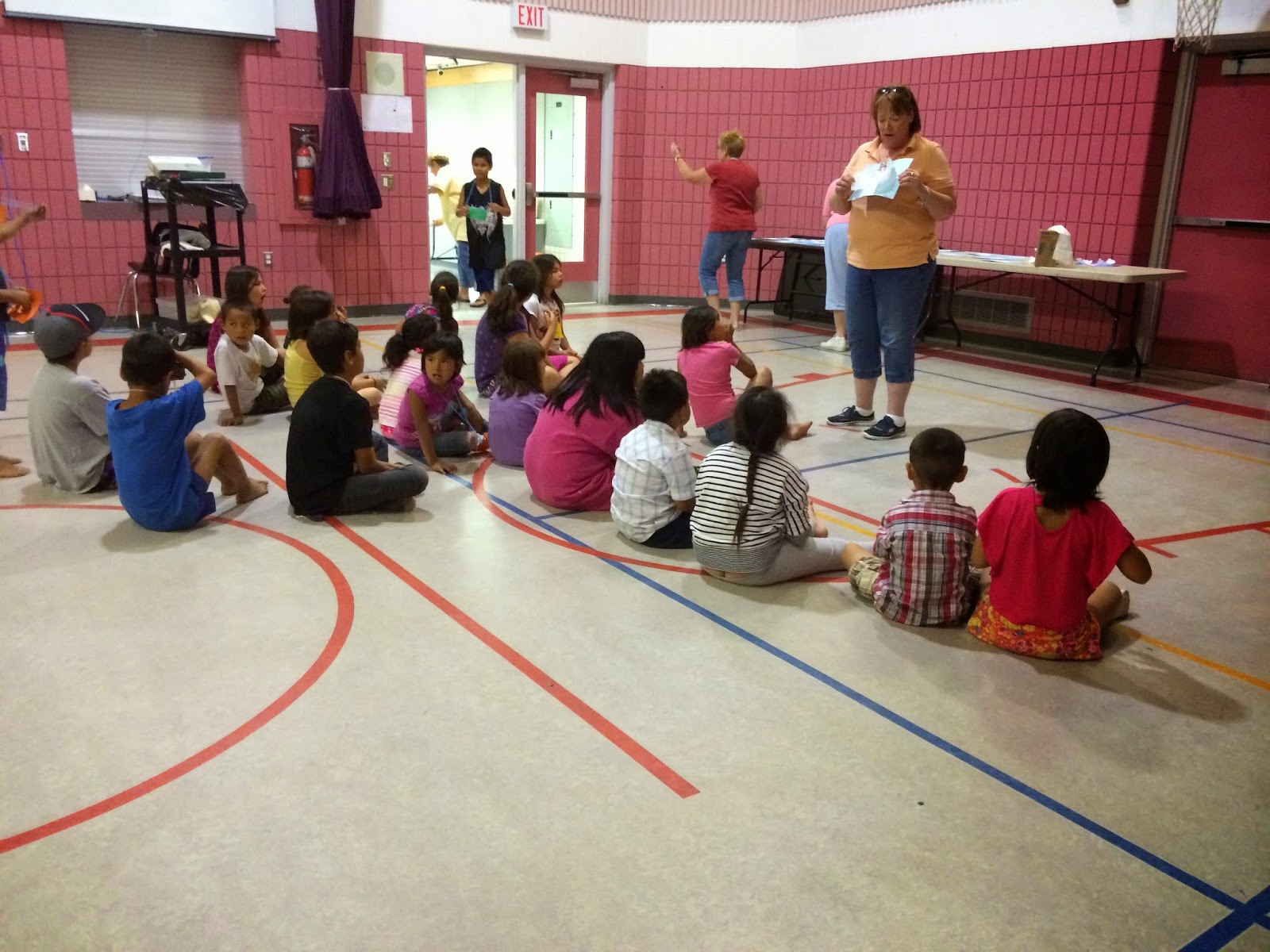 After VBS was over, most of the kids headed to the lake their village is on for a swim.  Think of swimming in Lake Huron or Lake Michigan in May.  It was chilly to say the least, but the kids didn't seem to mind. 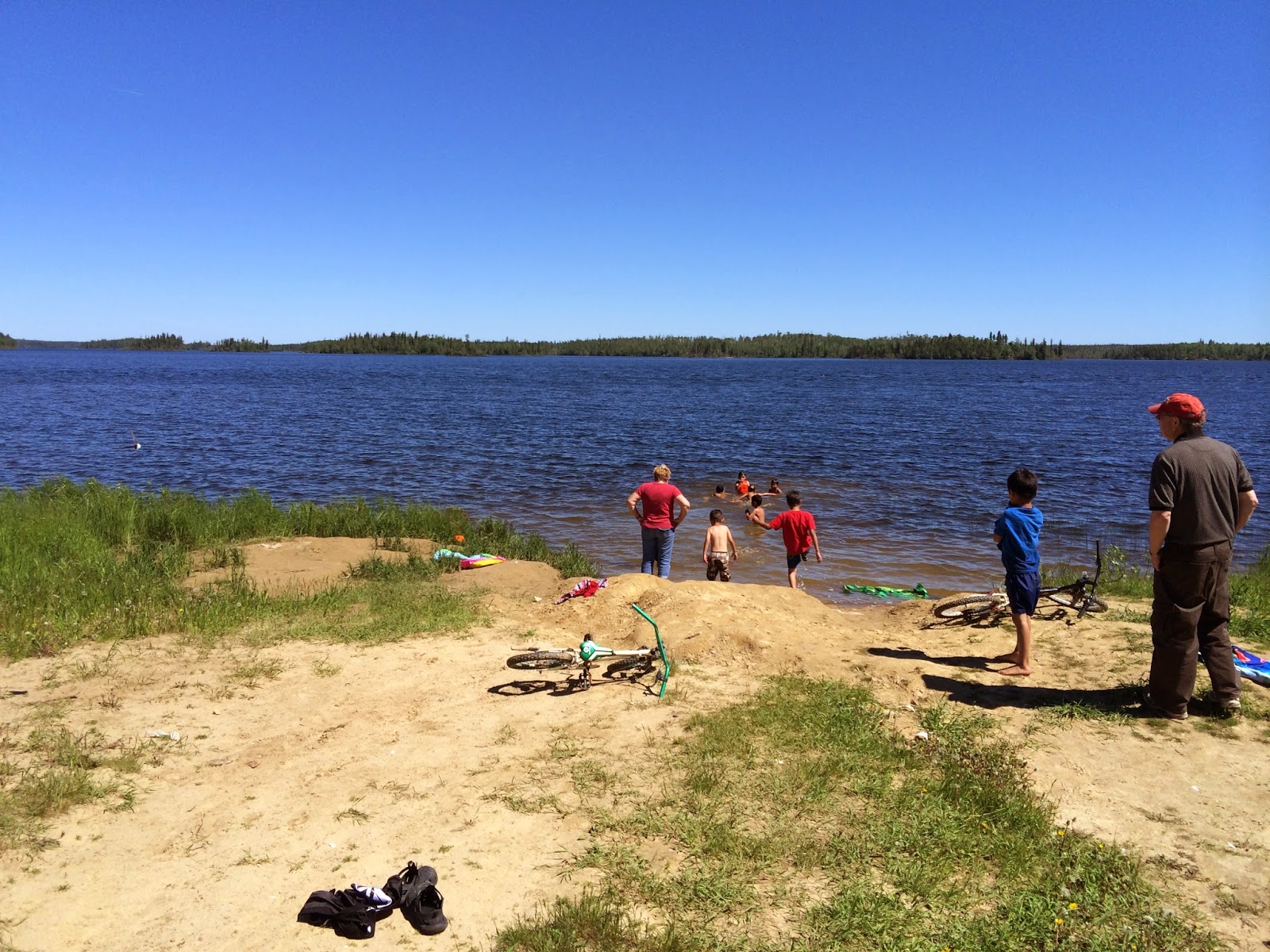 After many conversations, prayers, and pondering one's direction in life, mine will make a rather huge shift as of February 1st as I have agreed to join LAMP as a missionary pastor/pilot!  It will be a ginormous change from regular church life.  It also means I'll be north--like wayyyyyy north  (56th parallel)--for those 3 summer month.   My territory will be western Ontario from Lake Superior to Hudson Bay and northeastern Manitoba.   It also means that work on the fastback during the summer will just not be in the cards.  But at least I won't have to move and put the Mustang in long-term storage.

This new position also means that I'll get my weekends and weeknights back, for the most part.  I'll have several weeks of travel both in the States and in Canada for training teams, building relationships with village leaders, meeting with partner churches and donor, alone with a handful of other activities.  So I may end up with as much time, if not more, than I have right now for moving the restoration forward on my Mustang.

Add to that, my Commercial training is coming to a close.  I expect to take my "check ride" in February.  With that behind me, it will free up more time for other fun stuff...like working on the fastback.


Interestingly enough, the guy I'm replacing who's retiring is also a pastor...and a pilot...and A MUSTANG GUY!   He's restoring a 72 convertible that's been in his family for a long time.  As you can imagine, it needs lots of rust repair.  I'm hoping to see it when I'm in Edmonton the second week of February for orientation.  (Maybe I can convince Bill to start a blog and join us.)

Later in the spring, I'll be going up for flight orientation since some Canadian and FAA rules and procedures are different.   The commercial pilot license will also be required to fly under instrument flight rules (IFR) in Canada under the "visitor license" agreement with the US.   This position will increase the number of hours I fly annually by more than three-fold to the tune of 150 to 175 hours per year from my current 50 to 55 hours.

I'll also have at my disposal a Cessna 182 that is turbocharged and has retractable landing gear.   (It's the one on the right in the picture below).  It's been updated with the latest Garmin 530W GPS system and autopilot to make the chores much easier on those long flying days. 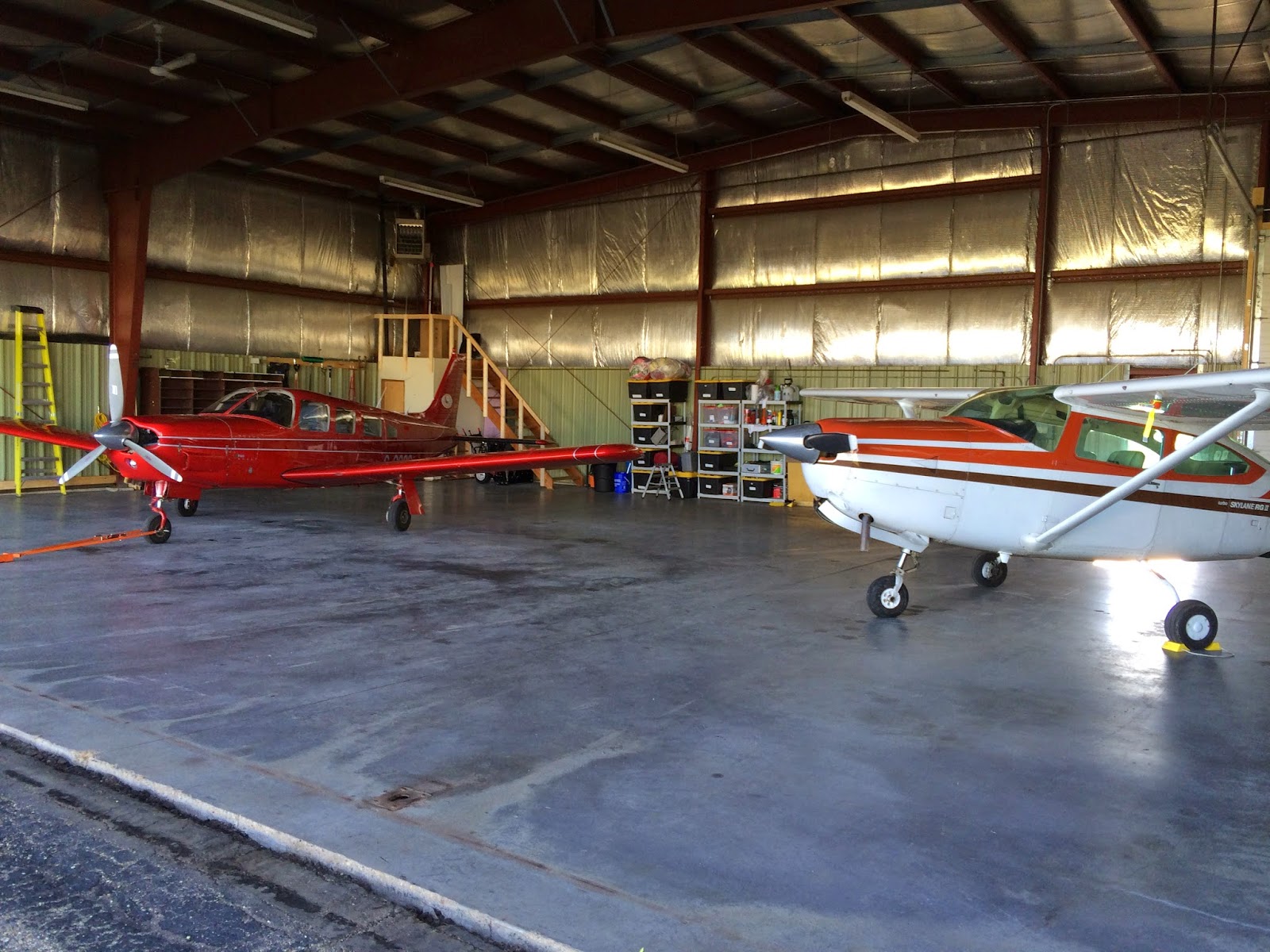 So...it looks like 2015 will be an interesting year.  I do plan on getting around to the annual post-Christmas garage recovery and reorganization in the coming weeks, especially since I'll have a home office I need to get set up.  But that will also position me to get back to work on my Mustang.

The list of metalwork left to do is getting shorter.  Once I finish up some detail work on the front fenders, I'm going to do a once-over on the body shell for rust and weld seam repairs--(A.K.A. the dreaded pinholes).  Then comes some of the bodywork on the firewall and floors.  The goal is to have the shell body work done and in epoxy primer before I head up north.   That's the plan anyway.