Another Blue Oval in the House

I haven't had time to work on the Mustang, much to my frustration.  I have made two trips to the west coast in as many weeks.  Between 10 hour training classes and driving 565 miles on L.A. freeways (and I know them all well by now), red-eye flights, and meeting with supporters of LAMP  (which you can read about here if you're interested), there has been very little time to get back on the car.   But there is hope, maybe.

One of the things that has waylaid me is my daily driver.   I am on my 3rd Toyota pickup truck and my 2nd Tacoma.  Why that brand?  Because I could not find a Chevy or Ranger with extended cab, 4 cylinder, and a stick.  Automatics abound, but not 5 speeds apparently.  When my 1st gen '97 Tacoma was recalled for frame rust in fall of 2010 and bought back by Toyota , the payoff was pretty good...150% of Kelly Blue Book value in excellent condition for the miles.   I searched for a replacement and ended up going to Ann Arbor, Michigan to get the one I have now...a 2008 with 29K miles.   Nice...or maybe not.

I did get the certified Toyota 7 year/100,000 mile warranty as part of the deal.   I was glad because I used it 3 times in the first 4 months of ownership, all of it related to the clutch hydraulics and mechanics.   The slave cylinder was replaced 3 times,  the Master cylinder 2 times, and the transmission pulled and the throw-out bearing, clutch pivot and fork replaced...all before 32,000 miles.   Well, now it is off warranty as of December but with 76,000 miles.  And guess what happened?  The temperature dropped in January and the slave cylinder started acting up.   Then I heard a "pop" under the dash a a week and a half ago.  Come to find out the end of the clutch master cylinder adjustment lug broke off!  That made driving home an exercise in RPM matching the transmission gear speed without using the clutch.

I ended up ordering the parts on-line since the dealer and local parts stores wanted an arm-and-a-leg not to mention they didn't stock it.   The parts arrived and the work started on replacing the clutch master cylinder.  It was like gutting a fish.  The entire lower end of the driver's side dashboard had to come out, including the fuse/relay box... 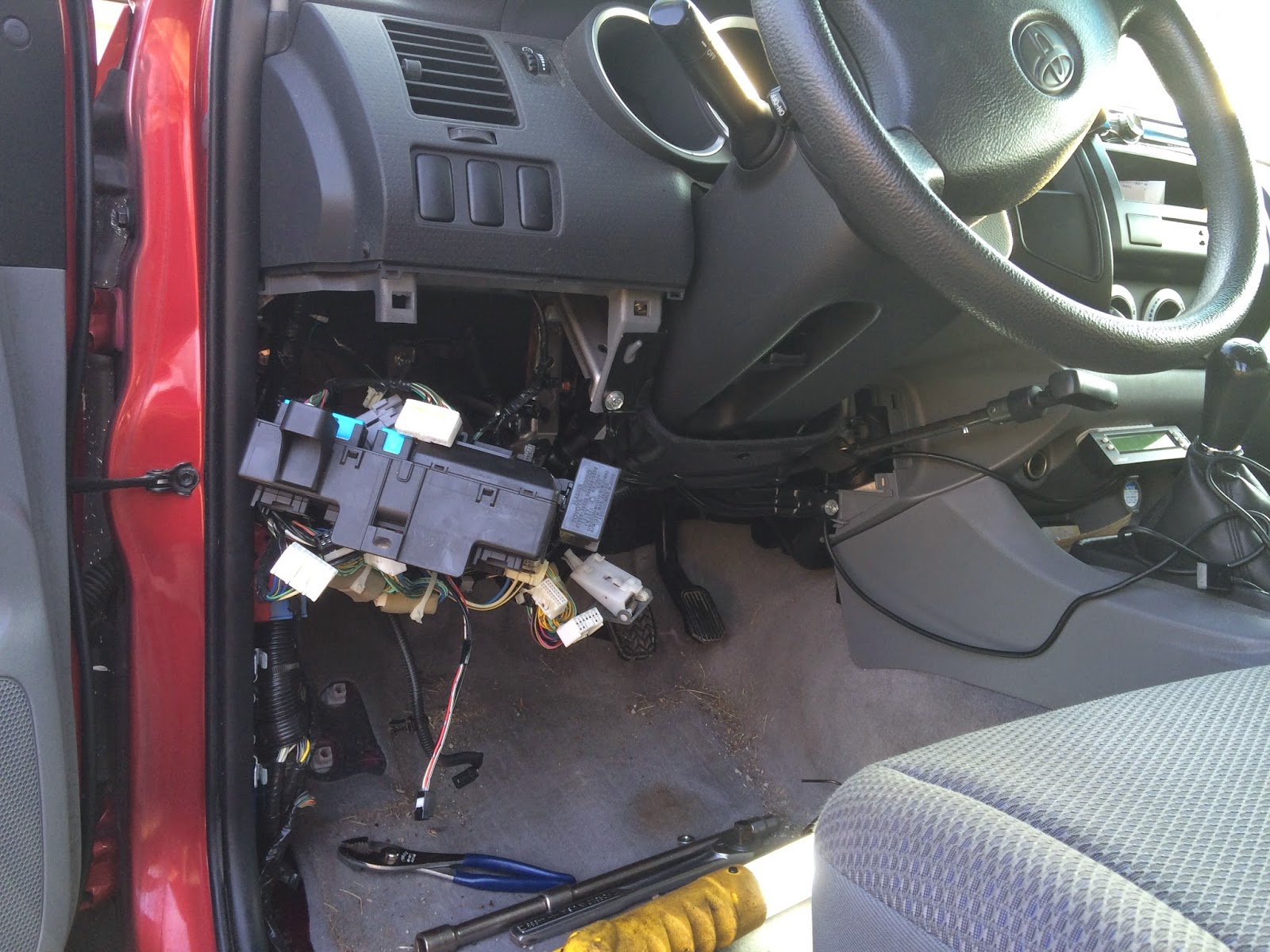 Then there were the bolts and nuts in almost impossible places to reach to get the pedal assembly out.  Of course, everything under the hood had to be disconnected and plugged from the brake/clutch reservoir to the line to the clutch slave cylinder... 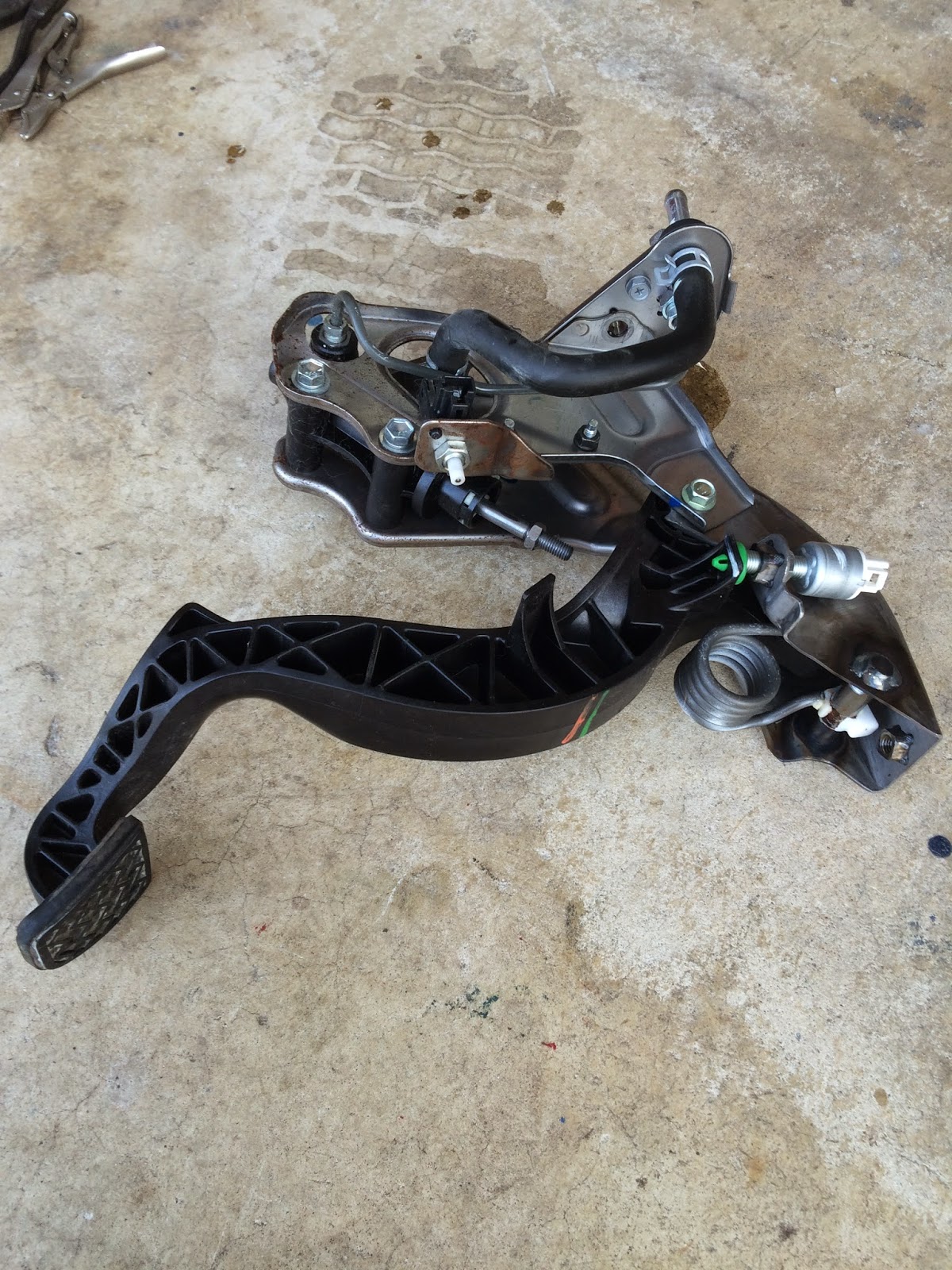 Then the master cylinder had to be removed from the clutch pedal assembly... 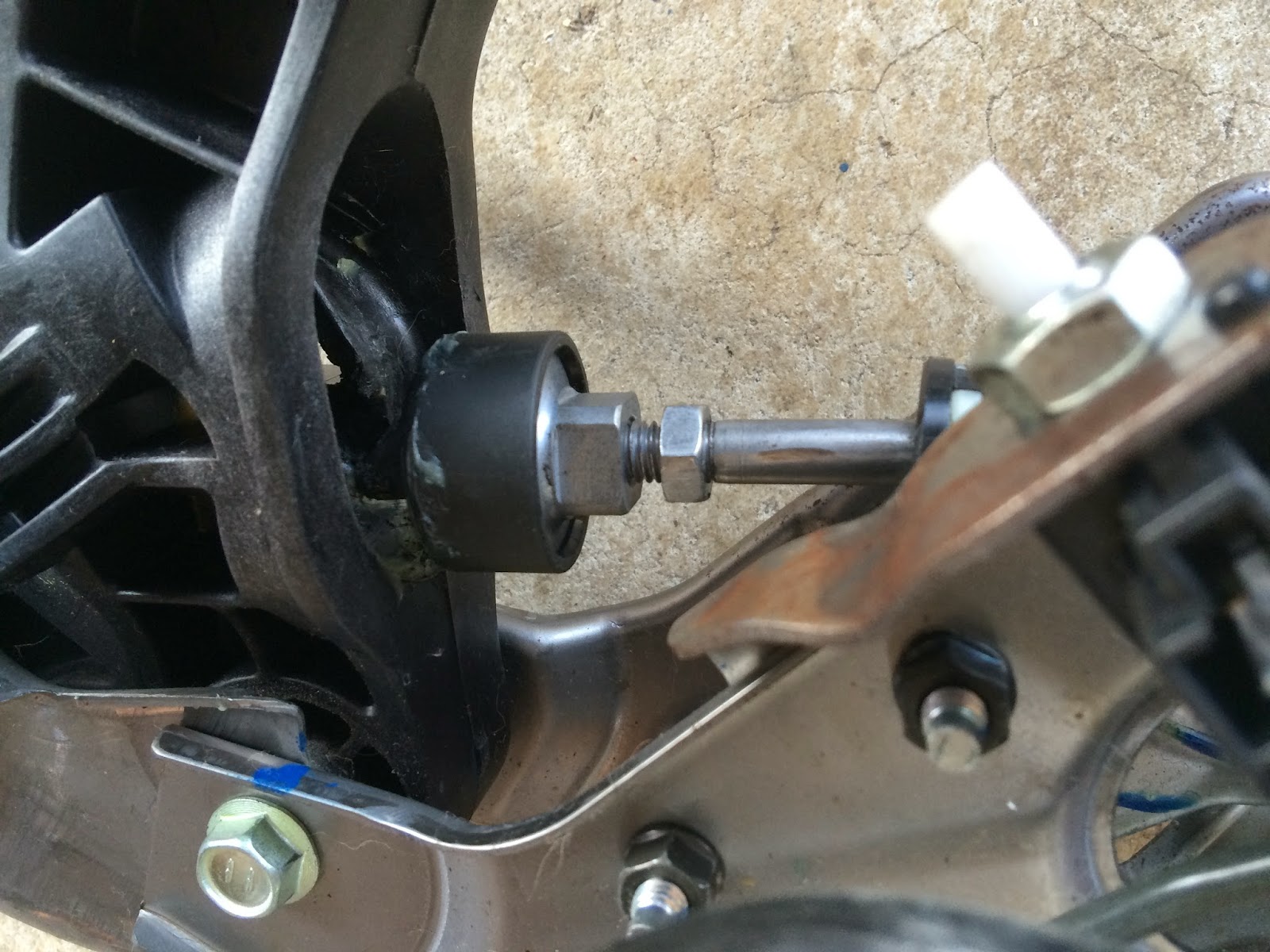 And then the offending pieces removed that caused the pedal problem.  Notice the end of the adjustment lug that's sheared off. 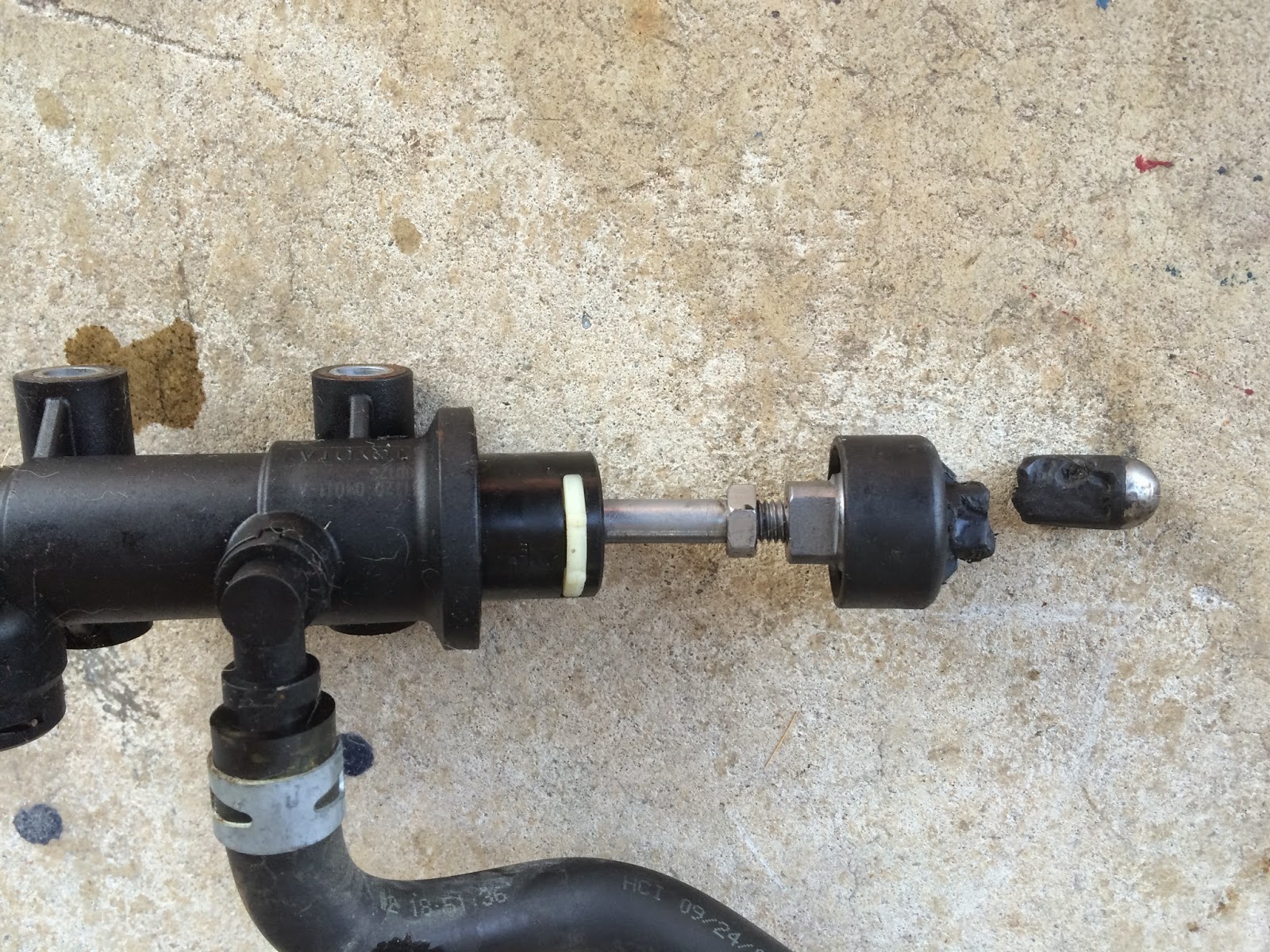 Do you think you could buy just the end piece, screw it back on, and go from there?  Nope.  You have to buy the whole thing, which was necessary because I discovered that either because the lug broke or the slave cylinder malfunction the shaft was also bent.   So I ordered a better quality set through Amazon..with an ALL Metal lug and not plastic.

While getting the truck all back together and the system bled, I came to the conclusion that my relationship with this truck was rapidly turning sour.   I've had 3 recalls on it in the past 2 years...2 of them safety related (steering wheel airbag and front seat/shoulder belt mounts) and one of them structural (frame rust again!).  The clutch hydraulics, according to the Tacoma blogs, is a recurring problem.   The dilemma before me was this; do I keep the Devil I know or get rid of it and get a  Devil I don't know?

Here's the answer to that question... 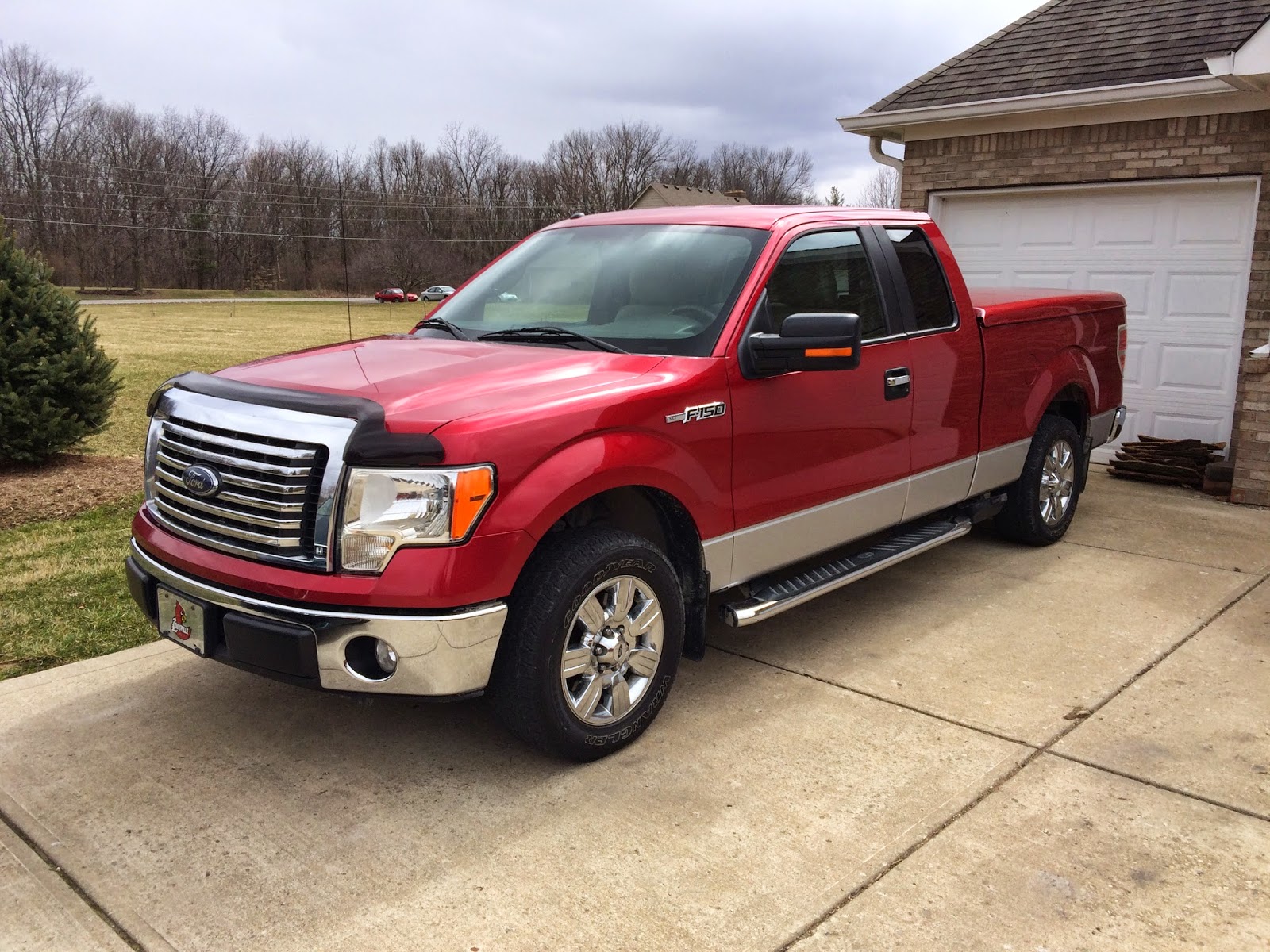 I found a really nice 2010 F-150 XLT pickup in the Louisville area.  The out of pocket cost difference between getting this one and selling the Tacoma will only be about $1,500.   Well worth the tradeoff.  Yeah, it's not going to get 26MPG on the highway.  Yeah, it's an automatic (Ford hasn't make sticks in the F-150 for years).  But, it's loaded with more room, a hard bed cover, and the engine and rear end ratio I was looking for.  It's not a 4X4, but I don't need it.  My wife likes it too.

So the Tacoma will be cleaned up, detailed and put up for sale.  I believe it will sell quickly since it's low miles and in very good condition.  And they are hard to find in this configuration.

In the mean time, I'm making progress on garage cleaning/reorganizing and hope to have a working space reestablished to get back on the Mustang by next weekend.  I am going to schedule evenings and weekend slots for work since I really need to have it in epoxy primer before I go up north the Canada for the summer...or at least most of it in primer.

So now the driveway has 2 red 2010 Fords parked in it.  Hopefully "Clifford" (My wife's idea for a name after the children's book character) will treat me better than "Red" did.  Time will tell.